Changing lives one case at a time

Covering Various Areas of the Law

Have a great legal defense for your criminal offense with the help of our experienced attorneys at LaPapa Law Group. We can help you in various areas of the law, from DUI charges to criminal cases. We are based in Chicago, IL, and we serve clients throughout the entire state. 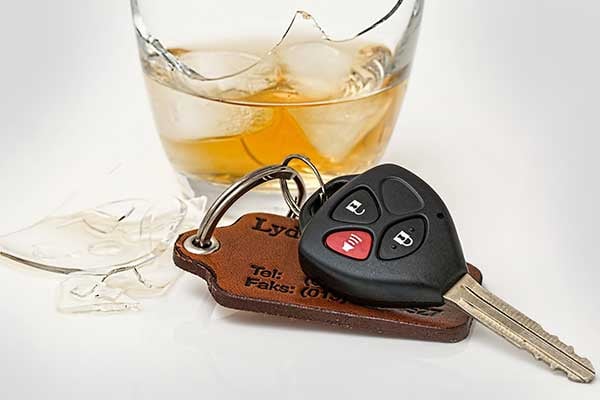 Have Us Prepare Your Legal Defense

Is the legal problem you are facing listed on this page? Contact our law firm immediately for an initial consultation. We will discuss the details of your case with you so we can determine the right legal defense to present in court.

If you are a licensed driver, you have the duty to other motorists and pedestrians to operate your car in a safe manner. Speed limits and traffic signals are not there to control you. They are in place to protect you and others on the roadway by stating a safe speed and operational procedure for the roadways where they are posted. When a driver violates one of these posted rules, he or she may be charged with a traffic violation.
Although you might not think of a traffic violation as a criminal offense, you can work with a criminal defense attorney to fight your traffic violation charge. By doing this, you have the chance of having the charge dropped or reduced to a lower-level charge, which can have lower penalties for you. Hire a lawyer who has a specific experience in handling Illinois traffic violation charges to help you with your case.

Traffic violations can range from minor, like failing to yield or parking in a “no parking” zone, to critically dangerous like driving under the influence (DUI). A few examples of traffic violations that warrant summons by law enforcement include the following:
Certain traffic violations are only applicable to certain subsets of drivers, such as commercial drivers and teenage drivers.

When a driver is charged with a traffic violation, he or she is written a ticket by the attending law enforcement officer. Drivers have the opportunity to pay the ticket, which is pleading guilty or no contest to the charge, or fight the ticket, which is pleading not guilty to the charge. The penalties that a driver can face for his or her violation depends on the nature of the charge and whether he or she has previously been convicted of traffic violations. Examples of penalties a guilty driver can face include:

Points on your Driver’s License

Certain traffic offenses are worth “points,” and these are points you do not want to score. Points are added to an individual’s driver’s license. This information is reported to the individual’s auto insurance provider, which often raises his or her premium as a result. Any driver who receives three or more traffic convictions in a 12-month period can face a driver’s license suspension. The length of this suspension depends on the number of points that are on his or her license. A driver can enroll in traffic safety school to reduce the number of points on his or her license.

Although a traffic violation might seem like a minor offense, do not take any traffic violations you face lightly. Seek legal aid to fight the charge so you can avoid its penalties, which can include fines and points on your driver’s license, which can result in higher auto insurance costs. To learn more about your rights and options when you are facing a traffic violation charge, contact LaPapa Law Group to schedule your initial legal consultation with our firm. Be proactive and make the call as soon as you can to work with an experienced traffic violation attorney.
Criminal Law

We help people charged with offenses ranging from traffic violations to serious felonies and federal crimes. One particular area of focus is in providing tough advocacy and experienced legal guidance for clients charged with DUI and traffic violations—driving under the influence of alcohol, also known as drunk driving.

Our firm works with clients who are facing the following criminal case types:
Contact our office to determine if we can help you with your case. If so, schedule a legal consultation with LaPapa Law Group to discuss the unique details and circumstances of your case.

Why Should I Work With a Criminal Defense Attorney?

You might be concerned that retaining an attorney to defend your case is too expensive for you. Although working with an attorney does require an investment on the part of the defendant, this is money well spent. A criminal defense attorney not only has an in-depth understanding of the laws applicable to your case and the criminal justice process, but has experience in handling the type of case you are facing and can rely on this knowledge to effectively use the available evidence to defend your case in court. By working with a criminal defense attorney, you are giving your case a better chance of having the charge lowered or dismissed.

A criminal defense attorney can do the following for you

Although you can defend yourself in court, doing so is not recommended. You do not have the experience that a criminal defense attorney has and there are many ways you can inadvertently incriminate yourself and end up facing jail time, fines, probation, and other penalties.

Don’t hesitate to contact an experienced criminal defense attorney who can help you defend yourself if you have been charged with a criminal case. Call us today to schedule an appointment.
Payment plans are available. Never accept your charges without first consulting an attorney. LaPapa Law Group is dedicated to providing a higher caliber of legal services and passionate representation.
Driving Under Influence

DUI Attorney With A History Of Success

Driving under the influence (DUI) is a serious traffic violation. When a driver operates a vehicle while under the influence of alcohol or another drug, he or she puts him or herself and others in danger of a potentially deadly collision. It is important to remember that although DUI is often used interchangeably with DWI (driving while intoxicated) and used to refer to drunk driving, it actually refers to any act of driving while under the influence of a mind-altering substance.
For example, an individual can be charged with DUI if he or she was suspected to be under the influence of an illegal drug like cannabis or methamphetamine or a legally prescribed drug like Ambien. This is why it is important to always determine how your medication will affect you before you drive after taking it.
Like all other traffic violations and criminal charges, it is possible for an individual charged with DUI to defend him- or herself by working with an experienced criminal defense attorney.

Anatomy of a DUI Stop

When an officer notices that a vehicle is behaving erratically, such as swerving in and out of lanes, failing to maintain a consistent speed, or driving through stop signs and red lights, the officer may pull the erratic driver over.
After taking the necessary information from the driver, the officer might opt to have him or her perform roadside sobriety tests. This part can be confusing for a driver. When you received your Illinois driver’s license, you gave implied consent to a chemical, breath, or blood test to determine your blood alcohol concentration (BAC). This means that if an officer asks you to take this type of test, you must take the test or you can face penalties for refusing a BAC test.
Roadside sobriety tests, however, are not required by the law and if you are asked to complete one, you have the right to refuse. Roadside sobriety tests can include walking in a straight line and turning and following the beam of light from an officer’s flashlight to determine your intoxication level.

Defenses to a DUI Charge

Although a DUI case can seem straightforward, it is possible to defend your case against a DUI charge. Potential defenses to a DUI charge can include:

Work with an Experienced DUI Attorney

If you have been charged with a DUI, know that you can fight the ticket and avoid a conviction. Having a DUI on your record can have significant, far-reaching consequences for you. To learn more about your options when you are facing a DUI charge in Illinois, work with an experienced DUI attorney from LaPapa Law Group. Contact our firm today to set up your initial legal consultation with us.
Driver’s License Reinstatement

Getting your Driver’s License Reinstated in Illinois

In Illinois, the process for having your driver’s license reinstated after a suspension involves working with the Secretary of State’s office and paying a reinstatement fee. The amount you are required to pay for this fee depends on the reason why your license was suspended. It can range from $70.00, which is the fee for minor suspensions such as those for accruing too many traffic or parking violations, to $500.00 or more for reinstating a revoked license.
To have your license reinstated, you may need to appear at a formal or informal hearing with a Secretary of State officer to determine your eligibility for a reinstated license. This is where you need an attorney to advocate for your case. If your license was suspended due to a non-fatal offense, a single DUI conviction, or the result of multiple traffic violations, you can appear at an informal hearing. If there was a fatality or multiple DUI convictions behind your suspension, you need to appear at a formal hearing.
Your hearing can result in a full reinstatement of your driver’s license, a restricted driving permit, or a denial of reinstatement. You will receive the result in the mail within 90 days of your hearing. If your license is reinstated, you need to pay your fee and provide proof of sufficient car insurance coverage to the Secretary of State’s office. If you have other requirements for your reinstatement, such as the installation of an ignition interlock device on your car, you must also prove you have fulfilled these requirements before you can receive your new license.

Attorney Advertising. This information is designed for general information only. The information presented should not be construed to be formal legal advice nor the formation of a lawyer/client relationship. Past results and testimonials are not a guarantee, warranty, or prediction of the outcome of your case, and should not be construed as such. Past results cannot guarantee future performance. Any result in a single case is not meant to create an expectation of similar results in future matters because each case involves many different factors, therefore, results will differ on a case-by-case basis. By providing certain contact information herein, you are expressly authorizing the recipient of this message to contact you via the methods of communication provided.