Changing lives one case at a time

Illinois Compiled Statutes (730 ILCS 152/115 (a) and (b)) mandate that the Illinois State Police (“ISP”) establish and maintain a statewide Sex Offender Database, accessible on the Internet, identifying persons who have been convicted of certain sex offenses and/or crimes against children and must register as a Sex Offender. 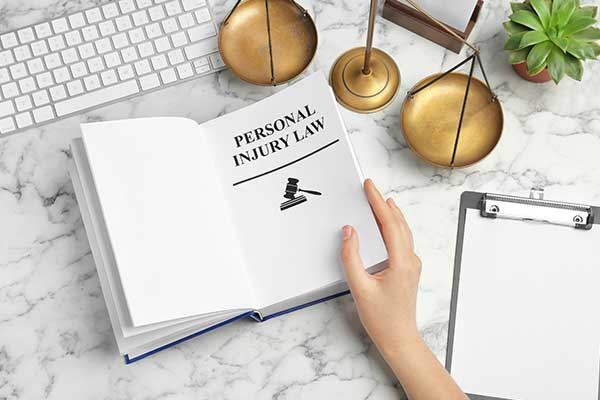 Ask About Our Legal Articles

Should you have any questions about the articles we have posted in this legal information blog, please do not hesitate to contact our law firm. We will be glad to answer any inquiries you may have. You can also contact us to schedule a consultation with our attorneys.

Learn How to Deal With Court Cases and More

Are you or is someone important to you facing legal challenges? Perhaps you want to learn more about how the legal system works? Read the legal information blog presented by LaPapa Law Group in Chicago, IL. Here, you can get important tips on how to deal with court cases and be updated about the latest news concerning state laws.

What Not to Wear to Court

Author: LaPapa Law Group
What Not to Wear to Court

If you are unsure about an outfit or accessory, ask your criminal defense lawyer for guidance. Do not take any chances with your court day outfit. How you look will impact how you, and by extension, your case, are perceived and can influence the court’s ruling.

Men should dress conservatively for court. A male should not wear makeup or unnaturally colored hair to court. If you have long hair, consider cutting it into a more traditional style or at the very least, wearing it in a constrained, professional style. Other than a wedding band, jewelry should not be worn.

Avoid mismatched outfits. If you wear a suit to court, wear a matching suit and an appropriate length tie. If you do not wear a suit, a dress shirt and slacks should be worn. Never wear shoes other than dress shoes.

Women should avoid any makeup or jewelry that can distract the court. Natural makeup and demure jewelry are always the best. For women, a conservative hairstyle in a natural color is a must. Nail polish should be in a conservative color as well if it is worn.

Women have a few more options than men when it comes to courtroom attire, but like men, must wear professional clothing in neutral tones. Skirts should be knee-length or longer and tops should not show any cleavage. Women should wear closed-toe dress shoes with low heels. Flat shoes can also be appropriate, but high heels such as stilettos are not.

Items for Both Sexes to Avoid

The goal for both sexes is to not look sloppy in the courtroom. Your outfit should be clean, neat, and fit your body appropriately. Individuals of both genders should cover any visible tattoos with clothing or makeup intended for this purpose. The following items should never enter the courtroom on an individual of either sex:

Click to edit text. What do visitors to your website need to know about you and your business?

If you are in the midst of a criminal trial and you need to appear in court, it is important that you present yourself in a professional manner. Looks matter, and how you look in court can impact how the jury perceives you and your case. Perhaps it is not fair, but it is the reality. To learn more about preparing your case for court, contact LaPapa Law Group today to set up your initial consultation in our office with an experienced criminal defense lawyer.

My Court Date is Approaching Rapidly. How Can I Prepare for It?

Author: LaPapa Law Group
My Court Date Is Approaching Rapidly. How Can I Prepare for It?

If you are involved in any type of legal dispute, your case may be resolved in court. This is known as litigation. If you have never been inside a courtroom before, the prospect of appearing at trial and defending your case can be daunting. Make your court date easier for yourself by working with an experienced criminal defense lawyer to determine not only the right legal strategy for your case, but how to effectively navigate the courtroom.

Dress Appropriately for the Courtroom

First impressions matter. Make sure you make a strong, positive first impression by dressing appropriately for court. The best way to easily dress for court is to dress like you are going to an interview for a white-collar job. For men, suits, ties, and dress shoes should be worn. For women, suits are appropriate, as are office-appropriate blouses with slacks or skirts. If you are unsure about whether an article of clothing is appropriate for court, discuss it with your lawyer.

The following should never enter a courtroom:

Work With your Lawyer to Organize your Presentation

In court, both sides of a dispute present their cases with evidence and testimonies. Think of this part like giving a presentation at school or at work. Your lawyer can help you determine which facts to include in your presentation and how to accurately present them while staying within the bounds of proper courtroom decorum.

The term “courtroom decorum” refers to the procedures in place in a particular courthouse. These can include standing when court is recessed. Complying with the proper decorum of your courtroom, which can vary slightly from courthouse to courthouse but generally follows the same guidelines, is essential to presenting your case effectively and avoiding mishaps.

Bring Copies of All Necessary Documents

You will support your case with evidence, which can come in the form of photographs and other documentation. Talk to your lawyer about the evidence you will use in your presentation and be sure to bring multiple copies of each piece of evidence with you to court. Make this easier for yourself by organizing them into a binder.

If you have been charged with a criminal offense, it is in your best interest to work with an experienced criminal defense attorney to develop a solid defense strategy for your case. This is not the only way your defense lawyer can help you—he or she understands the nuances of the courtroom and can explain them to you to help you defend your case effectively. To learn more about working with an experienced criminal defense attorney, contact LaPapa Law Group today to set up your initial legal consultation.

Is It Possible to Be Charged With DUI if You Are Under the Influence of Drugs Other than Alcohol?

Author: LaPapa Law Group
Is It Possible to Be Charged With DUI if You Are Under the Influence of Drugs Other than Alcohol?

If you are charged with DUI, regardless whether you were actually impaired at the time of your arrest and the type of drug found in your system, if any, work with our experienced DUI defense lawyer to develop a solid legal defense strategy for your case. It is possible to fight a DUI charge and because of the steep penalties that come with this conviction, it is in your best interest to try.

How Can Drugs Other than Alcohol Impair a Driver?

You are probably familiar with the ways alcohol can impair a driver. It lowers the driver’s inhibition, affects his or her perception, and slows his or her reaction time.

Other drugs can impair a driver in the following ways:

Cocaine: Although cocaine can raise an individual’s energy level, it can also impair his or her ability to concentrate on driving. Individuals who are high on cocaine often take greater risks than those not under the influence and may become confused while driving, causing them to become hazards to themselves and others.

Marijuana: Marijuana use makes it difficult to perceive time and distance, which is extremely dangerous for a driver. Marijuana can also make it easy for a driver to become distracted and slow his or her reaction time.

Opiates: Opiate use can cause an individual to become drowsy and impair his or her vision.

Tranquilizers: As their name implies, tranquilizers such as Valium and Xanax can memory impairment, poor coordination, drowsiness, and impaired perception in their users.

Unlike alcohol, which can easily be quantified, it can be difficult to determine an individual’s impairment level through a drug test. One’s blood alcohol concentration (BAC) can be determined with a breath sample. Levels of other types of drug must be measured with blood or urine tests.

These kinds of tests can identify the presence of drugs in an individual’s body days, even weeks after he or she used those substances. Because of this, they are not always good measures of impairment. However, you are required to comply with them if you are asked to complete one by law enforcement. Refusing to submit a chemical sample will result in a one-year driver’s license suspension, regardless of whether you were actually impaired or not.

Penalties for a DUI Conviction in Illinois

In Illinois, an individual should note the following information related to criminal penalties for DUI:

If you have been charged with DUI, contact experienced a DUI defense lawyer today to schedule your initial consultation in our office. LaPapa Law Group can answer any questions you have and determine the right course of action for your case during your consultation.

U.S. Supreme Court Justice Antonin Scalia has died at the age of 79, a government source and a family friend told CNN on Saturday. Scalia died in his sleep during a visit to Texas.

The U.S. Supreme Court has agreed to decide whether state laws that make it a crime to refuse warrantless blood-alcohol tests are a violation of the Fourth Amendment.

Attorney Advertising. This information is designed for general information only. The information presented should not be construed to be formal legal advice nor the formation of a lawyer/client relationship. Past results and testimonials are not a guarantee, warranty, or prediction of the outcome of your case, and should not be construed as such. Past results cannot guarantee future performance. Any result in a single case is not meant to create an expectation of similar results in future matters because each case involves many different factors, therefore, results will differ on a case-by-case basis. By providing certain contact information herein, you are expressly authorizing the recipient of this message to contact you via the methods of communication provided.